The National Assembly Portfolio Committee on Basic Education has come out in support of the plans by the Department of Basic Education (DBE) to allow primary school learners and learners from special education needs schools to return to class daily.

On Friday, DBE Minister Angie Motshekga gazetted that on 26 July learners in grade R to seven would return to class daily as well as grade R to 12 at special education needs schools.

Since the outbreak of Covid-19 last year, learners have been attending school on a rotational system in order for schools to adhere to Covid-19 regulations such as social distancing.

On Monday the department appeared before the committee to, amongst other things, present its plans to allow all primary school learners and those at special education needs back at school daily next month.

In the presentation, the department said last year alone primary school learners lost 54% of contact time, 23% of this was due to the total closure of schools during lockdown and about 27% was as result of rotational attendance.

The department said Director General, Mathanzima Mweli, will be doing weekly one-on-one engagements with provinces to gauge the extent of readiness before 26 July.

Provinces will also be expected to report on their progress to comply with health protocols to minimise the spread of the virus, and this they would have to do weekly.

DBE has said that it expects a pushback on its decision from various quarters including through litigation, but said it was having ongoing engagements with stakeholders and would also use science as a defence in litigation.

In a statement, committee chairperson Bongiwe Mbinqo-Gigaba, said the committee supports the decision to have primary school learners returning to school full-time.

“We support this decision as long as the DBE can ensure that there is a safe and secure environment to go back to school. I have noticed that there has been regress when the younger ones only have alternative days of schooling,” she said.

Mbinqo-Gigaba said the loss of learning hours in 2020 is not good for the education system.

“We know and understand that it is not a South African phenomenon but a world-wide challenge, however we remain concerned.”

In the gazette, Motshekga said the return of the learners to class full-time would depend on the direction the pandemic is taking in district municipalities and the country.

Motshekga has also told the committee that the DBE decisions on the return to school is done in consultation with the Department of Health and that  should the health department  advise otherwise if the country finds itself in third wave the DBE would  reconsider and revise its position regarding the daily return of learners.

On Sunday, President Cyril Ramaphosa announced that the country would return to level 2 of the lockdown as cases of Covid-19 are going up again. Ramaphosa said provinces such as Gauteng, Northern Cape , North West and Free State were already in the third wave. 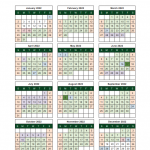