The 2021 Olympic Games are going ahead, and the University of Johannesburg (UJ) has a team of 13 – including students and alumni – selected for the South African team that will jet off to Tokyo, Japan, in July.

The University received the news last month when Team South Africa released its selected list of athletes and technical professionals who will represent the country in various sporting codes.

Mahlangu said the students will compete in athletics, hockey, long jump, and shotput.

The team members from the university include one staff member and seven alumni.

Mahlangu said it gives the institution immense pleasure to see their UJ student-athletes and staff as well as alumni become included in the selected South African squad that will travel to participate in the 2021 Tokyo Olympic Games.

“At UJ, we pride ourselves in producing talent that contributes to the growth of the South African sports community,” said Mahlangu.

There have been concerns that the Olympic Games may not go ahead, because of fears over the rising Covid-19 infections in the Tokyo.

However, the Olympics Committee said the games would continue while the International Olympic Committee Vice-President John Coates said they had all the plans and measures in place to protect the safety and security of athletes and the people of Japan, even if the city was under a state emergency.

“The advice we have got from the World Health Organisation and all of the scientific advice, is that all the measures we have outlined in the playbook, all those measures are satisfactory to ensure a safe and secure Games in terms of health, and that’s whether there is a state of emergency or not,” said Coates.

He added that Japan has long insisted that there was no question the Games, which should have taken place last summer, would be held and will be safe. 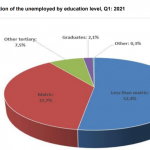